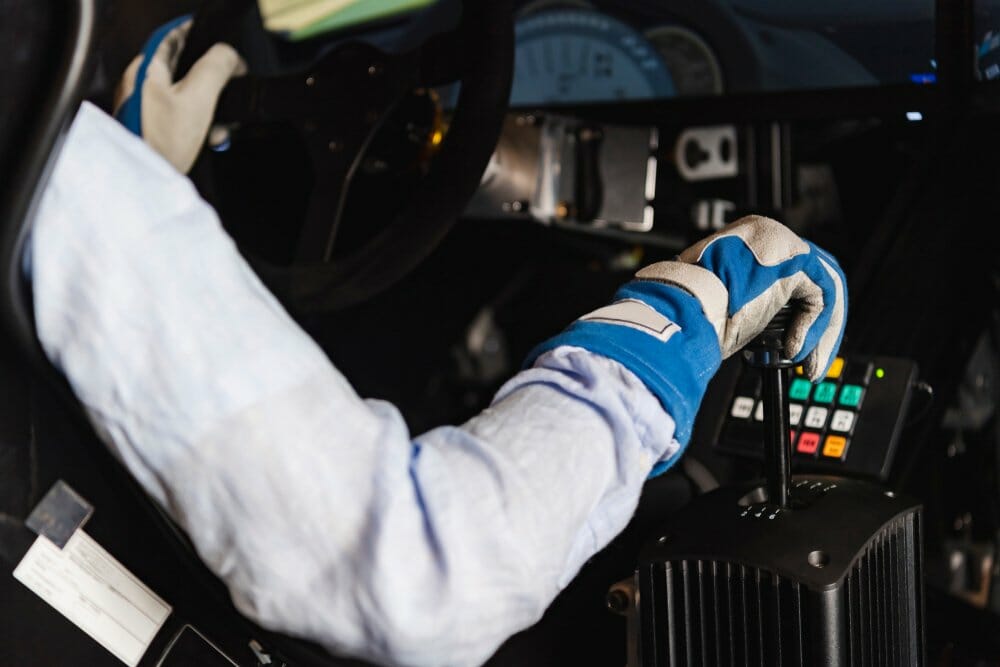 This post contains affiliate links. If you make a purchase through one of these links, I will receive a small percentage of the sale at no extra cost to you.

Although the most important add-on for racing sims is undoubtedly the wheel, what many users claim is that the most immersive addition to their racing set-up is a high-quality gear shifter. Having this peripheral to input gear changes will further engross you into the simulation, making you feel like a bona fide pilot. We cross-examined multiple gear shifters so as to find the ones which will leave you not only satisfied, but fully immersed and convinced of your purchase.

From our research, the best gear shifters for sim racing are: 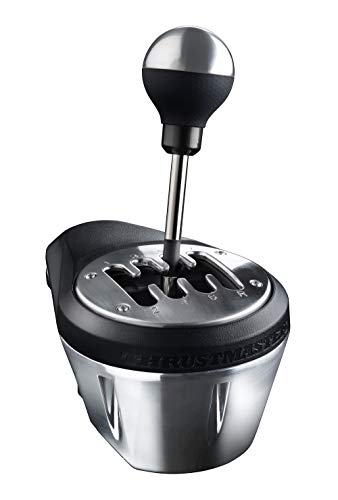 Simply put, the VG TH8A is an excellent gearbox shifter. The quality of the material utilised (almost entirely made from aluminium) will give it not only an authentic feel, but a better build than some shifters found in actual cars. Another added bonus is how resilient the shifter is. Many products use switches in order to relay to the game which gear you changed into, which can eventually wear out and cause the shifter to become unresponsive. The VG TH8A avoids this shortfall by using magnetic switches. What this means is that there are no mechanical parts which risk getting damaged, allowing you to shift as aggressively as you may want or need. An added bonus to the VG TH8A is the fact that it has both the H-shift and the Sequential shift available, allowing you to choose which is right for you.

The only thing to keep in mind is compatibility. On PC this will work with any wheel, but on consoles it will only work with the T500RS, Ferrari F1 Wheel Integral T500, T300RS and T300 Ferrari GTE (Playstation) and the TX Racing Wheel (Xbox). 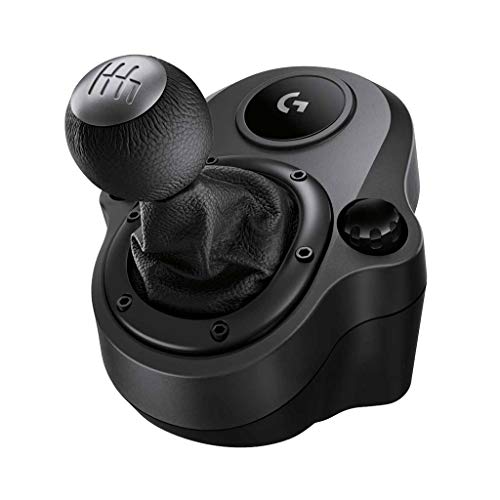 If you’re a fan of Logitech’s G29/290 wheel, chances are the G Driving Force Shifter will win you over too. It’s a solidly built shifter, with short throw distances, making it intuitive to use and very easy to become a solid pilot with after only a handful of drives. The gears are laid out intelligently and the fact that this shifter goes as cheap as it does makes this a solid choice for any Logitech user.

What isn’t as positive about this shifter is that it unfortunately doesn’t feel as realistic as other ones on the market. When you’re in the game it will feel fun to use, but the feel resembles that of a controller or a shifter you could find at the arcade (even though the Logitech is miles above in terms of quality and precision). Consider this as a great entry level shifter, but not something to buy if you’ve already committed to other high-end peripherals and are looking for a hyper-immersive experience. 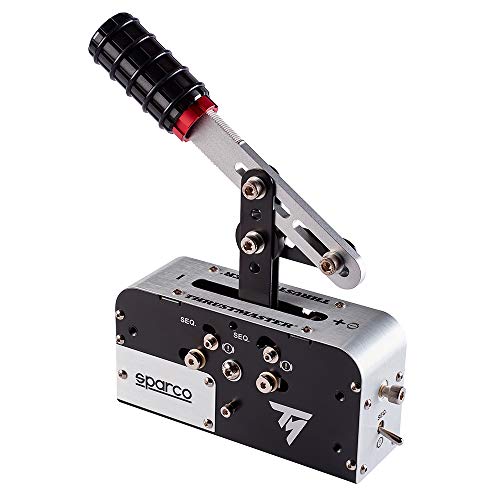 The TSSH is an incredible sequential shifter and if you know this is the type of shifter you prefer then look no further. The fact that this is a collaboration with Sparco alone should denote the quality of the product. The TSSH is a 1:1 replica of Sparco equipment you would find within actual race cars. All the components are high grade and made of metal (with the exception of the plastic handgrip, which is thankfully made of plastic).

The reason why the shifter is not higher up on the list is the punitive price. Admittedly, it’s warranted, as this is the highest quality shifter of this type available. As a last note, it’s recommended to check its compatibility with game titles (available on the Thustmaster website). It works with most, but considering the cost any buyer should consider a quick double-look.

Immersion Like No Other: Fanatec ClubSport SQ Limited Edition Shifter

If you are looking for the best shifter on the market then the answer can’t but be the ClubSport SQ. Designed to perfectly replicate the classic Porsche 911, this shifter will feel weighty, resistant, and realistic. Fanatec’s technological know-how shines through with this worthy addition for any sim enthusiast. It’s made entirely from metal, is incredibly customisable for a shifter (allowing you to adjust shift feeling and resistance amongst other things) and will give you the feeling of a professional driver from gear one to gear seven. Shifting between H-shift and sequential is as easy as throwing a switch, allowing you to experiment and find which set-up you prefer. As with many Fanatec products it’s not available on Amazon, and the price is relatively high. It’s compatible with PC, PS4 and Xbox, but be sure to use Fanatec wheelbase and racing wheels if you’re not on a PC. The one small negative aspect to the SQ is that to use the 7th gear you either need a Podium, Clubsport, or CSL Elite Wheelbase, or the ClubSport adapter.

The Heusinkveld shifter only works for PCs, so us unfortunate console users are unable to take advantage of this incredible machine. The shifter is purposefully quite compact, so that it can be mounted on all set-ups. The small shifter however packs more strength than a lot of its larger counterparts. The system is built in order to simulate every gear shift as though in a real car; the ball spring resistance system giving the user powerful feedback and resistance. On the topic of resistance, this can be regulated by the user by switching between three levers which are all included with the purchase of the shifter. How much you want the shifter to fight you is up to you.

As this is a PC-only shifter it will work with any wheel on the market, allowing for your own preferred and personalized set-up. All in all this is a high end product which will happily satisfy stick shift users. The main drawback (aside from the lack of console compatibility) is how to purchase it. It’s not available on Amazon meaning that you will likely have to order it from their website. Nevertheless, the fact that Yann Ehrlacher (European Le Mans Series, WTCC & WTCR race winner) is a convinced customer, and the not too onerous price-tag of around $220, should convince PC sim drivers to purchase this technological wonder.

link to Thrustmaster TMX Pro vs Logitech G920: Which Is Better?

Both the Thrustmaster TMX Pro and Logitech G920 are excellent entry-level steering wheels for PC and Xbox One, but which of the two is the better choice? Overall, we think the TMX Pro is the...

After purchasing your yoke, the next logical step has to be getting rudder pedals. The extent to which your immersion will increase after not only having to use your hands, but entire body, to...