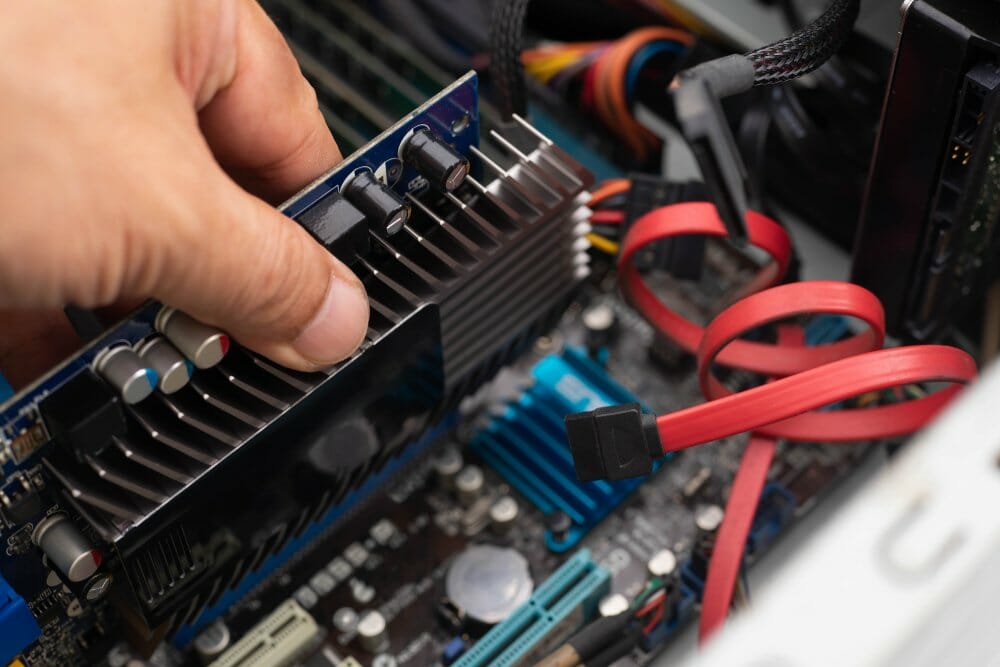 Maybe you’re just getting started on creating your ideal sim racing setup, or perhaps you have all of your peripherals already. One thing is for certain, top quality racing simulators can be taxing on your computer, especially if you have all sorts of external inputs such as wheels, pedals, shifters, and more plugged in. What’s the point of purchasing all these objects to increase realism if your computer simply can’t handle it? For this reason, we’ve compiled a list of the best GPUs for racing simulators available on the market right now.

A note before we get into it: you’ll see that there are two “winners” this time around. This is no mistake. We picked the best card with ray tracing, and the best card without it. This is because ray tracing has become a topic of contention within gaming and sim communities. Without further ado, here are our picks for the best GPUs for racing simulators in 2021.

The Top-Rated GPUs for Racing Simulators

This admittedly pricey GPU is about the best GPU you can purchase on the market overall.

Ray tracing isn’t as important for racing simulators (especially since none make use of it yet) as pure power and frames per second are. For the longest time, the best pick would have likely been an NVIDIA graphics card, but the AMD Radeon VII

A lot of GPU debates focus on dollars-to-frame. That is, how much money does the GPU cost v how many frames per second does it deliver. Well, in this purely mathematical discourse, the Nvidia GeForce RTX 2070 Super

The AMD Radeon RX 580 8GB is not a titan of a GPU. It’s a bit old and will have some difficulty in dealing with 1440p and 4k ultra. That being said, if your games are 1080p then you can’t but seriously consider this card. First of all, it’s incredibly cheap. It’s unfair to compare it with a top-quality card like the Nvidia GeForce RTX 2080 Ti (but we’re doing it anyway) because the AMD Radeon RX 580 8GB is one-tenth of its price.

This AMD budget option will comfortably take care of all 1080p needs and will continue to do so for at least a while longer thanks to its 8GBs of GDDR5.

What to Consider When Buying GPUs

A vast majority of videogames rely heavily on GPUs as their primary point of concern. This is what allows for incredible graphics and a sleek look. These are also central in racing games. Having said that, racing simulators more than most other games make use of the CPU as well. The CPU is what runs the incredibly complex calculations that will make your car feel right when you drive it. It’s thus preferable to have both a good GPU and CPU, rather than a fantastic GPU and a middling CPU.

You will come across NVIDIA chips with the same number, but different acronyms, the main two being RTX and GTX. Though the reviews of the various chips will explain this in more depth, the basic difference is as follows: RTX chips are optimized for “ray tracing”. This means that they capable to render light as individual rays. GTXs can’t. Ray tracing is currently not utilized in any racing simulator (that we know of). Not long ago Assetto Corsa wanted to make use of this cutting edge piece of technology, but it was left out. There is however a possibility that it may be employed in future racing simulators or games.

We have a general list available here, but we always encourage you to perform extra research. All these GPUs behave slightly differently depending on the game they are employed in. Seeing as you (likely) won’t be using this GPU solely for the purpose of racing simulators, we advise you to go to one of the many GPU comparison websites out there and mess around with the tools available there.