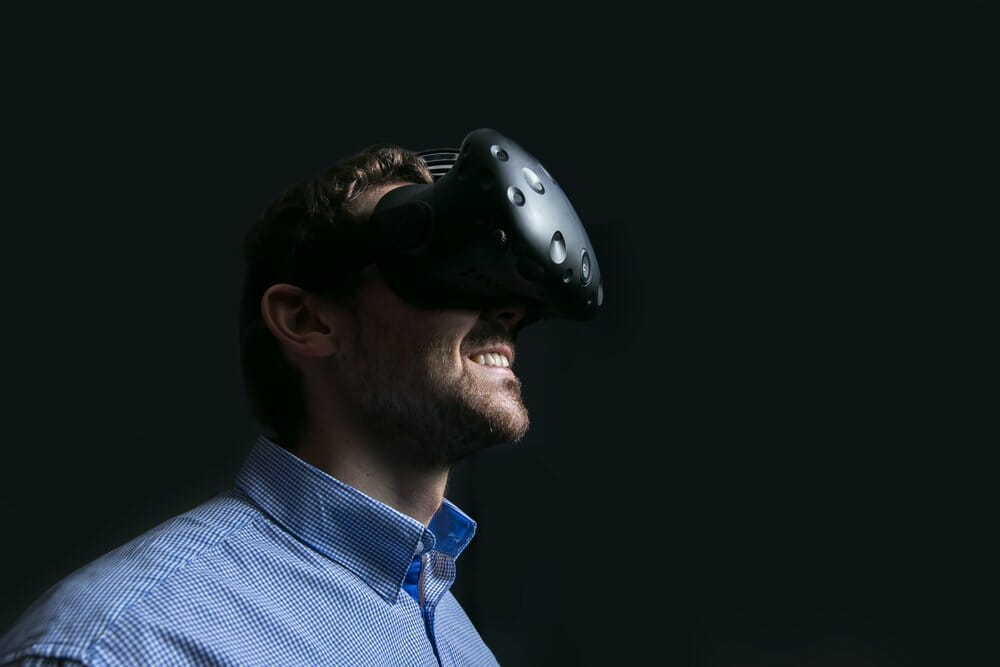 If you are looking to buy a new VR headset, or simply upgrade your old one, without spending a fortune, then this guide is for you. Below you will find some of the best VR headsets under $500 that promise to elevate your VR experience.

The Oculus Quest 2’s new design is striking with an all white color scheme and a new faceplate construction that blocks more ambient light for increased immersion. The elastic straps are very comfortable and easy to adjust, and there is also a spacing system for users with glasses. The headset is very lightweight, allowing for many hours of comfortable gaming.

The Quest 2 comes with the top of the line Qualcomm Snapdragon XR2 mobile chip along with 6GB of RAM. These specs provide increased power for better game performance. Oculus has opted for a fast-switch LCD panel in place of the old OLED panel and has increased the individual resolution to 1832 x 1920 pixels. Also, with the improved specs, the Quest 2 will eventually output up to 90 Hz for a fluid and immersive VR experience.

While being a wireless autonomous VR headset you can still connect it to your PC with the Oculus Link for access to a lot more VR games. The improved inside-out tracking technology with six degrees of freedom allows for precise movement without the need for an external base. Also, the new Quest supports better finger and hand tracking for improved immersion. The major drawback of the Oculus Quest is that you need a Facebook account to use it, which might deter some users from it.

The Oculus Rift S has a sleek all black design and is lightweight and very comfortable to use. You just put it on and adjust the “Halo” head strap to your fit. The firm fit of the Rift S prevents light bleeding but can make you hot during long sessions. The headset also features speakers that provide decent audio quality, provided you are in a quiet room.

The Rift S features a single, fast-switch LCD screen with an increased resolution of 1280 x 1440 in each eye for a total of 2560 x 1440 pixels. Additionally, it has a reduced refresh rate of 80Hz due to the ASW system, which provides a smoother overall gaming experience, regardless of your PC specs. The reduced refresh rate can cause some motion sickness, though.

The Oculus Rift S is tethered to your PC via a long cable, giving you access to a huge library of games, while also providing ample space to move. The new inside-out tracking technology with six degrees of freedom ensures accurate tracking without the need for a long setup process. This setup process is also aided by the Virtual Passthrough technology allowing you to see the surrounding room via the cameras of the headset.

The Oculus Go is an entry level standalone headset and serves as an introduction to the world of VR. It has a simplistic design and is quite lightweight, making it very comfortable. It comes with a built-in audio system with great 3D audio representation, and a controller for basic navigation and casual gaming.

The Oculus Go is powered by an overclocked version of the Snapdragon 821 processor. This seems weak on paper, but you should have no problem when watching videos or playing casual games. It also comes with an LCD display 1280 x 1440 pixels per eye. Unfortunately, it only comes with a 60 Hz refresh rate, so it is not recommended for fast-paced scenarios as it can cause motion sickness.

The Oculus Go has a very easy setup process that requires a smartphone for the first use. Its gaming performance is limited by the three degrees of freedom both on the headset and controller, as it can’t track you moving around the room. Ultimately, though, the Oculus Go is designed to be an affordable gateway into VR, and performs well for content consumption and some light gaming.

The HTC Vive Cosmos Elite is an ideal upgrade for older Vive users. It has a sturdy and easy to adjust headband, a well-balanced weight and adequate padding resulting in a very comfortable headset overall. It also comes with a flip-up visor, so you can easily see the outside world, and integrated headphones with excellent 3D audio reproduction.

The Cosmos Elite comes with a dual LCD screen with 1440 x 1700 pixels for each eye, and an impressive field of view of 110 degrees. The headset also supports a 90Hz refresh rate for smooth and immersive gameplay.

The Vive Cosmos Elite utilizes its External Faceplate for tracking. This makes it compatible with the Base Stations of the original Vive. This method of tracking can be cumbersome to set up, and some people might not be able to properly set up the bases in their room, but the superior tracking accuracy more than makes up for it.

The Sony PlayStation has been in the market for a few years as an affordable option for PS4 users to get into the world of VR gaming. It has a solid build and hefty weight and although it’s comfortable, the fit is not as tight, which results in a little light leakage. There are no built-in speakers, but you can plug in your headphones using the 3.5 mm headphone jack.

The PSVR is equipped with an OLED screen with a resolution of 960 x 1080 pixels per eye. On paper, the resolution is lower than its competitors, but this allows the headset to run VR games at an impressive 120 Hz for superior smoothness and fluidity.

The PlayStation VR uses an external camera to track the lights on the headset and the controllers or Dualshock controller. This, combined with internal motion sensors, provides precise tracking while keeping cost down. Just make sure to play in a well lit room, so the camera doesn’t have any issues with tracking.

What To Look For In a VR Headset

If you are brand new to the VR headset market, you need to keep a few things in mind so you can pick the best one for your needs.

The first thing you need to look for is whether your headset will be wireless or connect to your PC or console. If you don’t mind the cables and own a powerful PC, then you can get access to a much larger game library, better latency, and of course better graphic capabilities. However, if you want to be able to take your VR headset anywhere or for more casual gaming, then a wireless headset is a great choice, and is usually more affordable.

This is one of the most important aspects of a VR headset. In general, OLED displays offer superior quality to traditional LCD panels, but take into consideration the number of pixels in each eye. A higher resolution LCD screen will be more crisp than a lower quality OLED one. Another important spec of a display is the refresh rate. You need at least 90 Hz for a smooth gameplay experience, because lower refresh rates can cause motion sickness for some users.

You obviously want a comfortable and lightweight headset, as you want to be able to use it for many hours without the need for constant breaks. Generally, wireless headsets tend to be front-heavy as the front houses all the components needed to run games such as the CPU, GPU, etc. This disproportionate weight can be remedied with better straps for better head support. Also, any bonus comfort features such as added space for users with glasses are always appreciated.