Airflow is a very important thing when it comes to building a PC as it can improve performance without compromising on the life span of the components. This list compares the best RGB case fans available in the market so that your PC can perform better while remaining aesthetically pleasing. 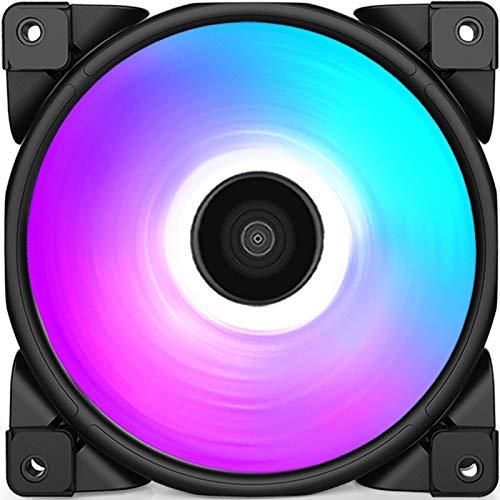 Pccooler might be an unknown brand amongst most PC enthusiasts but they have stamped their authority when it comes to case fans with the 120mm Dawn Series. It has a really great aerodynamic design, ensuring that your PC components remain cool even under strenuous load. It is quiet compared to most other case fans available in the market. An added benefit is that you get three fans, as opposed to most brands offering two fans. It is also a 120mm PWM fan which is certainly an added feature to an already great fan.

The RGB in the fan can be changed to so many colors and for people who don’t have a compatible motherboard to control or sync the lighting, don’t fret as Pccooler has you covered. The RGB can be customised to your heart’s content thanks to the included remote and great compatibility with major motherboards. An efficient cooler with great customization options, this is certainly one of the best available. 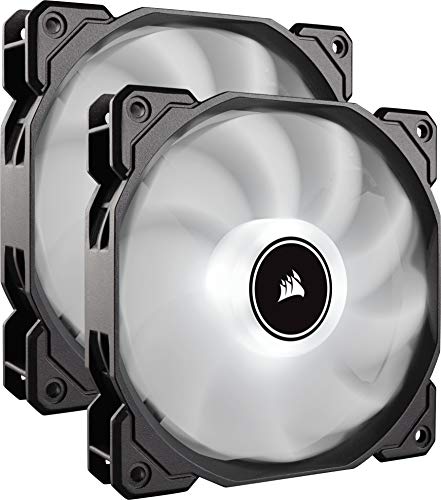 Corsair is well known for making really good and aesthetically pleasing PC components like cases, RAM sticks etc. and the CORSAIR AF140 LED is definitely up there with the rest of their products. It has opaque 140mm fans that are quite large and get the job done really well. The RGB is diffused, ensuring that the color is illuminated throughout your PC. It does come with only two fans of the same color, so keep that in mind before purchasing one.

The fan also remains fairly quiet while doing a great job of keeping the temps really cool. It does have certain caveats though, which might put off certain buyers. For instance, it only comes with single colors like red, blue and white. It does produce fantastic effects which is a great plus.  It is also fairly versatile since it can be used as a case fan or on a radiator (All-in-One coolers). The other issue is that it doesn’t have a variable fan speed. If you don’t really nitpick the few minor issues with it, this is a great product and would work perfectly fine with Corsair AIOs as well. 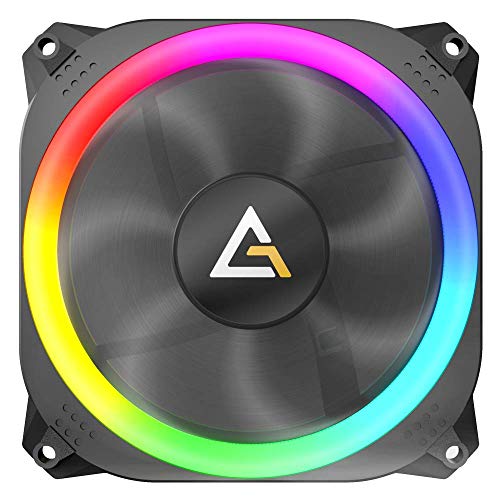 Does a good job for the price

Budget need not necessarily mean poor quality and the Antec 120mm RGB is a great example of this. It has slightly slower fans compared to the top two picks but at this price point, there’s really little to complain. It does come with great RGB effects thanks to the translucent fans. It is also quiet, which is a huge plus and almost hard to find in ‘budget’ coolers. It can be synced using the motherboard which is also another plus.

It is built reasonably well but the only issue is that the fans wobble a bit, which is fairly common when it comes to budget coolers. It also comes with three fans for the price. If you want something that has good RGB and don’t really care about a lot of other extra features that come with other fans, this is certainly a good buy. 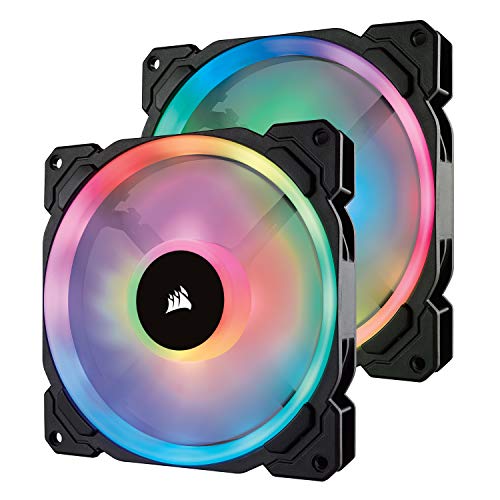 If you have a very bad case that has terrible cooling or if you simply want the best, the Corsair LL Series LL140 140mm PWM Fan is certainly meant for you. It comes with a 140mm PWM fan, which should be music to the ears of PC enthusiasts. It essentially means the speed of the fan can be varied from 600 RPM to 1300 RPM. The 140mm fan would certainly keep things a lot cooler and would be able to blow air over a large space as well.

This particular fan comes with Corsair’s Lighting Node PRO which enables dynamic lighting effects and also allows for syncing with Corsair iCue products. The fans are built really well and the 140mm fan has 16 individual RGB lights which should allow amazing lighting effects as well, creating a riot of colors. It comes with two fans in the pack and additional ones can be bought as well. This is a really great, premium fan and you should pick it up to increase your PC’s swag. 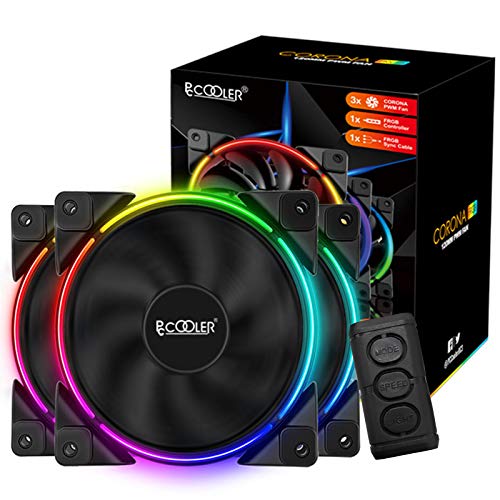 Ring light and very similar to the top pick!

The Pccooler 120mm Moonlight Series is very similar to the Dawn Series. The major difference is the fact that this doesn’t have RGB fans but it does have RGB around the circumference of the fans. It does look stunning and for some people, this might be a really great alternative if you really don’t enjoy full-fledged RGB fans.

Like the Dawn Edition, this too has three 120mm fans and they’re built incredibly well. It can be used on radiators but most people might prefer using this as a PC case fan. This is a great alternative to the top pick if you hate full-fledged RGB fans in it. 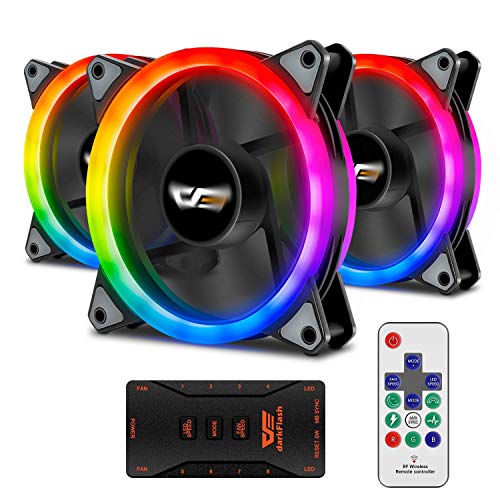 If you aren’t satisfied with the RGB fan of the budget pick, the darkFlash Aurora DR12 Pro 120mm has a subtle RGB effect on the circumference which isn’t all that flashy. It is a 120mm fan and about three fans come with. One advantage it has with the budget pick is that this is compatible with ASUS Aura Sync which should come as big news for those who own ASUS components.

It is quite fast and coupled with the 120mm fan, it does a great job of cooling everything. It is also built fairly well and is also really silent. This is a really great alternative to the budget pick in the list.

What to Look for in RGB Case Fans

Buying an RGB Fan Case might prove to be a daunting task thanks to the plethora of options available. But if you look out for these factors, you’ll be able to make a much better purchase with these things in mind.

Airflow is one of the most important factors as it determines how cool the PC remains thanks to the fans. There are two types, namely Static Pressure and Air Flow Fans. The major difference is that Air Flow fans tend to pump air at a higher rate (cubic feet per minute) whereas Static Pressure fans tend to do better when there is a radiator or a CPU heat sink.

Placement of fans is more important than most people might think. The best way of setting up the fans is with positive air pressure. This’ll certainly help in limiting dust and making your PC easier to maintain and clean.

There are fans of three sizes, namely 120mm, 140mm and 200mm. Always ensure that your case supports the right size. Some cases support 120mm in the back and 140mm in the front and in those cases, it doesn’t really matter. Always verify the size before purchasing the fan.