War Thunder is a great military action game that’s been running strong for over 8 years, yet recently added cross-platform support for gamers across PC and consoles.  If you’re a PC player who wants to have a more immersive experience or simply want to have an even greater upper-hand when dealing with the console peasants, you’ll do well to grab one of the great joysticks on this list!

The Top-Rated Joysticks for War Thunder 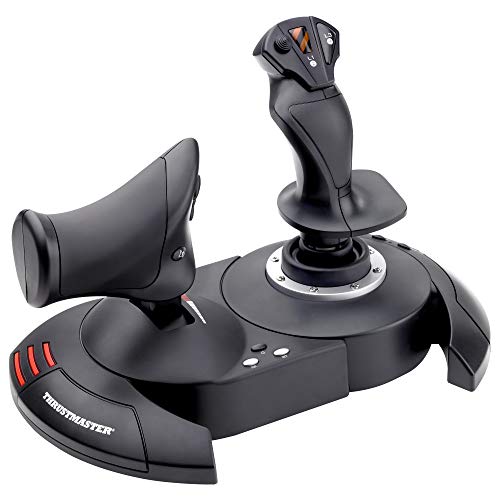 Simple, versatile, durable and ready to own

The Thrustmaster T-Flight Stick X is a flight stick in name only – this stick is ready for anything you can throw at it.  This one-hander features a 4-axis stick and 12 fully programmable buttons, plug and play support and full button mapping.

All of that is pretty standard though, so why is this one the top pick?  A great price, great build quality, and the peace of mind provided by a great company such as Thrustmaster’s warranty and record of great customer service.

All in all, this is a safe pick for just about any War Thunder players out there in search of a great joystick! 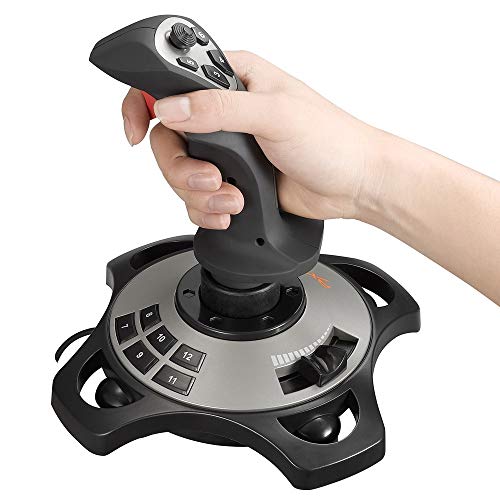 As cheap as good joystick get

The PXN PRO 2113 is a great choice for War Thunder players who don’t want to break the bank in pursuit of a great joystick.  This one has a feature set that rivals that of the top pick, which is pretty surprising considering it’s low cost.

Whereas most of the cheaper joysticks we researched were virtually impossible to recommend due to one or more issues or quirks, this one has no real caveats, and thousands of users have happily reviewed it and recommend it wholeheartedly!

If you want the cheapest good joystick out there, this is the one! 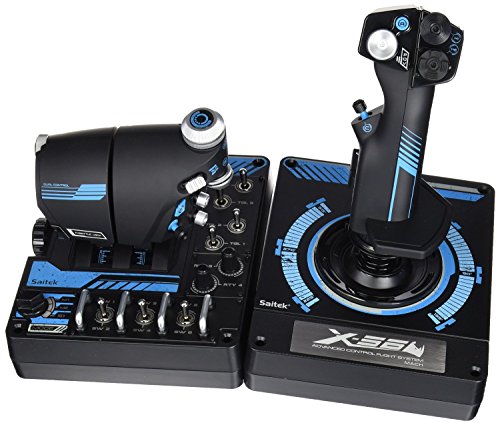 For those who want to go completely overboard

The Logitech G Pro Flight X56 Rhino HOTAS is absolute overkill for use with War Thunder.  That being said, there’s something undeniably fun about going overboard!  There are plenty of great HOTAS setups out there, and this one takes the top spot for War Thunder due to a plethora of great user reviews from War Thunder players.

This complete kit from Logitech has an egregious number of bells and whistles that hardcore gamers of all stripes will love, and War Thunder’s highly customizable control setup allows for use in a number of configurations.

If you want to blow the competition away in style, go with this one. 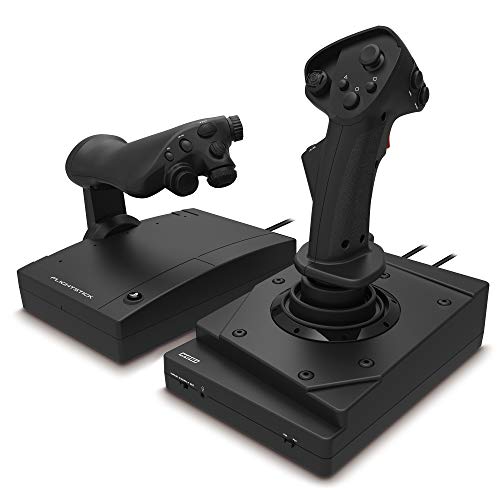 The HORI PS4 HOTAS us a great alternative to the luxury pick, but at a much more palatable price point.  Branded for use with the PS4, this HOTAS setup does work perfectly with War Thunder and many other games on PC.

Although it feels silly to mention this considering how much more this controller does than is necessary for War Thunder, we would be remiss not to note that it does not have nearly the range of features of the luxury pick – but it does only cost about ⅓ as much!

If you want to go overkill on War Thunder without murdering your wallet, this is a great choice! 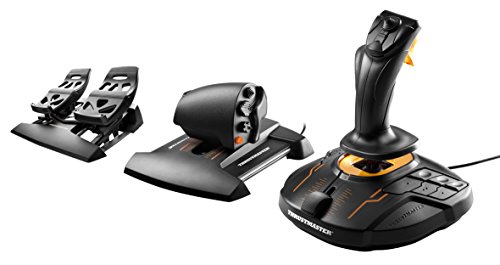 The Thrustmaster T16000M FCS Flight Pack is a massive waste of money if you plan on playing nothing but War Thunder with it.  We buried it far down on the list to indicate how preposterously unnecessary it is to spend this much money on an elaborate setup for use with a game that barely makes use of it.

However, we know many gamers love the idea of going way to big just for the sake of it – and this is the best way to hit that goal for War Thunder gamers!

What to Look for in a Joystick for War Thunder

War Thunder is a fairly simple game control-wise; keep it simple and follow this guide to make sure you’re getting a great stick for your game:

War Thunder may appear to be a hardcore sim at first glance, but players will know that it is a action game first and foremost.  That said, you don’t need an elaborate control setup to get the most of this game – focus on something simple and durable if you want to keep the price low!

As we’re aiming to keep the feature set simple, the price of these sticks is going to be relatively low compared to some of the options on the market today.  Don’t overspend for features that aren’t going to benefit you!

One thing all War Thunder players seem to have in common is that they play this game with a near-religious zeal!  That said, you’re going to want a durable stick that stands the test of time and abuse – so make sure you’re getting something with good quality and a solid warranty!

Here are some of the most common questions users ask when choosing a joystick for War Thunder:

Do I even need a joystick for War Thunder?

Short answer: no. Long answer: War Thunder handles exceptionally well with a keyboard and mouse, controller or a joystick. Use whatever feels best for you! That said, a joystick tends to provide the most immersive experience.

Can I use a HOTAS to play War Thunder?

Of course, although it won’t be necessary for a great experience here.  If you want to go big, knock yourself out!

Other Joysticks for War Thunder We Reviewed

We looked at two other joysticks for War Thunder. Even though they didn’t make our top 5 list, they’re still some of the market’s best. 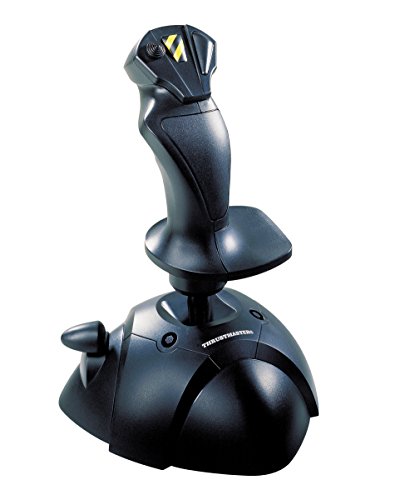 The Thrustmaster USB Joystick for PC is the most generic looking controller on this list, but it serves the purpose well and at such a great price point for a Thrustmaster peripheral – it deserves a consolation spot on this list!  If nothing else to this point has tickled your fancy, this one is worth a look! 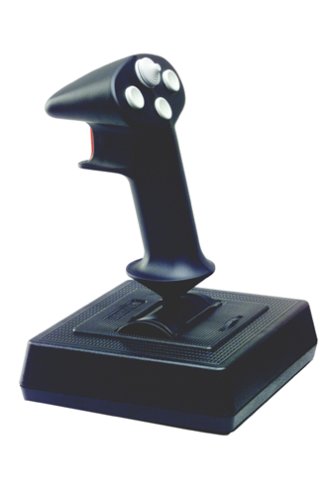 The CH Products Flightstick Pro is another unassuming single-handed joystick that’s very easy to recommend for sue with War Thunder due to it’s military-grade build quality, great software for control customization and stellar track record – this stick has been meeting the needs of hardcore gamers for over 15 years!

If you made it this far without making your choice – go ahead and grab this one!