Whether your GPU costs $500, $400, or less, you’re going to want to cool it properly to get the most bang for your buck. There are so many choices out there but this list narrows down everything to make your choice easier.

The Top-Rated Air Coolers for GPUs 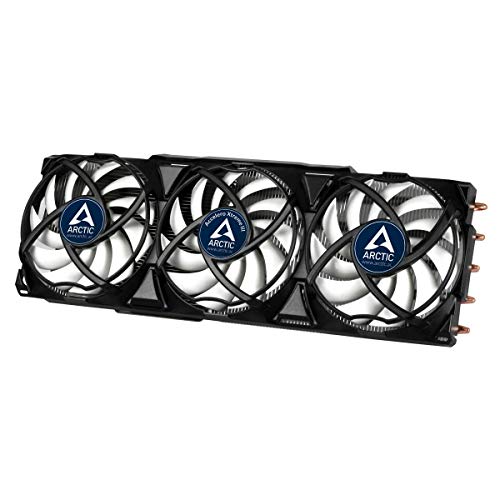 If your graphics card’s cooler isn’t efficient anymore and the temperatures are really high, installing the ARCTIC Accelero Xtreme III would make a world of difference and keeps temps in check. It is certainly quite bulky but it does a phenomenal job of cooling. It has five premium copper heatpipes and premium pre applied thermal paste that greatly helps in cooling. On top of all of this, it comes with three PWM 92mm fans which should be of further aid.

The cooler also comes with additional RAM and VRM heatsinks which is certainly a welcome and much-appreciated inclusion. It can be used on both AMD and Nvidia cards as well which is a huge plus. It’s versatility and the cooling it provides makes it the best GPU cooler on the market. 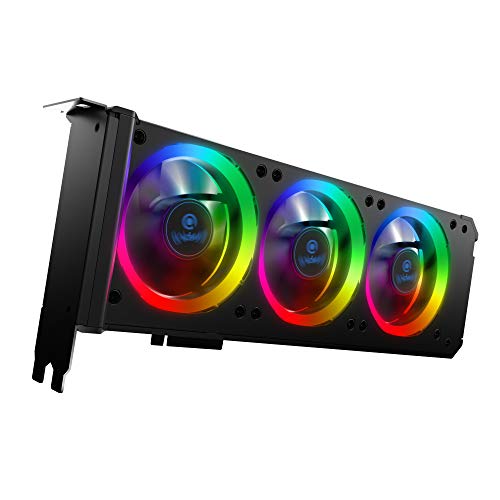 The anidees Graphic Card Cooler takes a very different and rather unique approach to cooling a GPU. This requires installing the fan either parallel to the graphics card or up or below the graphics card. This is a very unusual approach but it still does a great job of keeping the temps in check. It is fairly slim since it doesn’t need to be mounted on top since it doesn’t really need to be mounted on the GPU. It does come with RGB which is also compatible with most motherboards. This would go great with an RGB case fan.

The cooler remains quiet during heavy loads while keeping temperatures in check. It is also built reasonably sturdy and would last for years to come. It is a decent investment if you can’t afford a custom water cooler for your GPU. 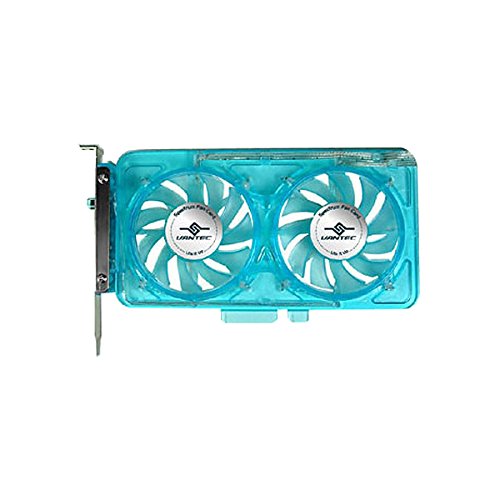 Easy on the wallet and unique looking.

The Vantec SP-FC70-BL Spectrum is a great little cooler that is mostly aimed at budget GPUs. It does a decent job of cooling and would be compatible with smaller GPUs that have a hard time dissipating heat. It’s relatively easy to install and is very similar to the anidees Graphics Card Cooler. The major con one might find with this is the noise at even slow speeds. It makes so much noise that some customers might be put off with it but since it is a budget one, it’s tolerable, especially since it does do a good job of cooling.

It is built out of plastic but don’t be fooled by it. It is sturdy enough and has a blue translucent paint job with Blue LED fans. If money is tight and your GPU isn’t performing well, this is a great budget cooler. 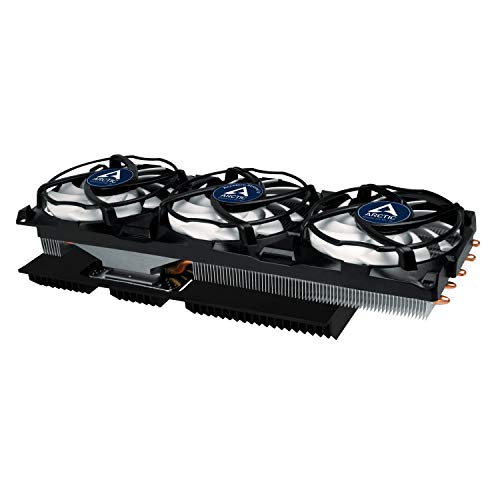 Only for the hardcore.

The ARCTIC Accelero Xtreme IV is a really great cooler but only if your high end GPU struggles to keep its temps in check. It is very bulky and thick but even for such a size, it still performs incredibly well and remains really quiet. It comes with three 92mm PWM fans and pre-applied thermal paste, which is certainly a great thing. The cooler also does a great job of keeping things cool even when the GPU is overclocked.

The ARCTIC Accelero Xtreme IV is built quite well and it would certainly last for a very long time. It is also compatible with a wide array of graphics cards which is a great thing to have. If you are overclocking your high end GPU and the temps are bad, this is the one to get. 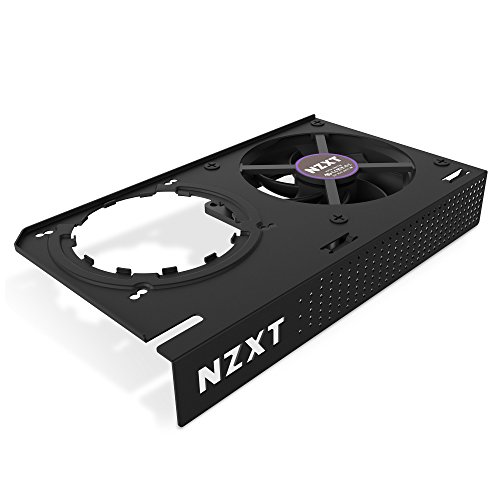 The NZXT Kraken G12 is simply a bracket that allows for AIOs to be attached to the cooler. It is compatible with the NZXT Kraken AIOs which are really good and in combination with this, it’d ensure that your GPU remains cool to upto 40% more. It also comes with a single 92mm and it is compatible with both AMD and Nvidia graphic cards. Before installation, keep in mind that a compatible AIO is required to make full use of this.

It comes in two variants – a black one and a white one which is always nice to have if you wanted to color match your components. Overall, it is a great cooler but you should get it only if you have a great AIO to back it up. 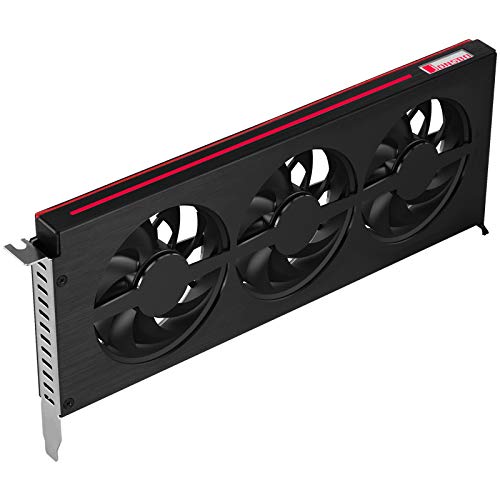 Simple but gets the job done.

The JONSBO VF-1 is a simple cooling solution to cool your GPU and like the budget and alternative pick in the list, this too is basically an external fan to cool the GPU. It blows air directly onto the GPU which is a different way of doing things but is effective nonetheless. It has a very subtle RGB effect which some people might appreciate instead of the other flashy RGB fans available.

It is compatible with AURA, if your motherboard supports it, to change the RGB effects and colors. It is built quite well and thanks to the aluminium, it ensures that the cooler is sturdy and doesn’t feel cheap or flimsy. It is certainly a good buy if you need one.

What to Look for in Air Coolers for GPUs

Before purchasing a GPU cooler, certain factors come into play that could either make or break your GPU cooling. Listed below are some of the important factors that should be considered before buying one.

There are a lot of GPU coolers out there in the market but each one has its own way of cooling things. Blowers usually blow air onto the GPU and this is certainly one of the cheapest kinds of coolers available. Some blowers are attached onto the GPU to blow out the hot air as well. Certain coolers require a radiator to be used as well. Most PC enthusiasts would prefer an AIO to an air cooler since they overclock their GPUs to squeeze a couple of frames. Depending on your needs, either an AIO cooler or a regular air cooler would do the job.

Certain coolers might be a bit too large or too small for your GPU. It is recommended to always check the size of the cooler to ensure that it is easy to install. Some GPUs like Nvidia’s Founders Edition cards don’t allow third party coolers to be installed so bear that in mind as well.

Some coolers won’t suit your needs while some might make so much noise that you might regret buying a cooler. It is always recommended to check the speed of the fans and also ensure that they support your case as well as some are not meant for mini-ITX cases. If you are wary of the listing, always go to the source before making a decision.